Idul Adha (or Eid al-Adha) is an Islamic holiday celebrated during the Hajj pilgrimage season to honor the willingness of Ibrahim (Abraham) to sacrifice his son before God. Every year, Muslims around the world gather in crowds to sacrifice cows or goats in bloody displays before dividing the meat, with special consideration usually given to poor. Along with Idul Fitri (Eid al-Fitr), Idul Adha is considered one of the most important holidays for Muslims.

Many Fulbright English Teaching Assistants attended Idul Adha ceremonies with their host schools last month. Here is some of what they witnessed.

WARNING: The images below are graphic in nature and contain images of blood and slaughtered animal carcasses. 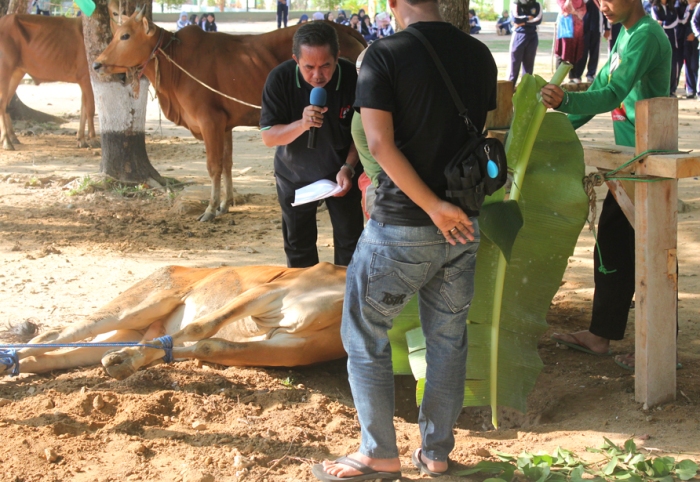 “Our Islam teacher directed the ceremony, making sure each requirement was fulfilled for the meat to be halal. Though it seems brutal and bloody, Idul Adha slaughters are set up to cause the least suffering for the animals who are giving their lives to be our meal.”
– Anna DeVries | Pangkal Pinang, Bangka-Belitung 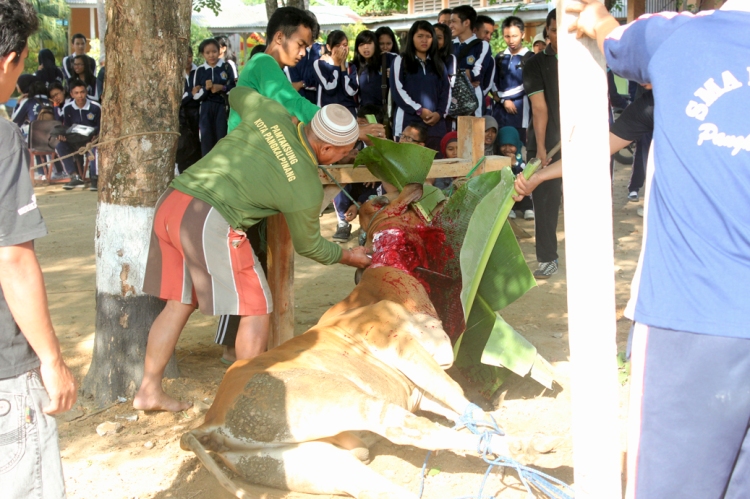 “The slaughtered animal is left until it bleeds out as much as possible. Our school dug a hole in the middle of the courtyard to catch all the blood. The hole was immediately covered with dirt after the three cows and goat were slaughtered, leaving little evidence of the ceremony.”
– Anna DeVries | Pangkal Pinang, Bangka-Belitung 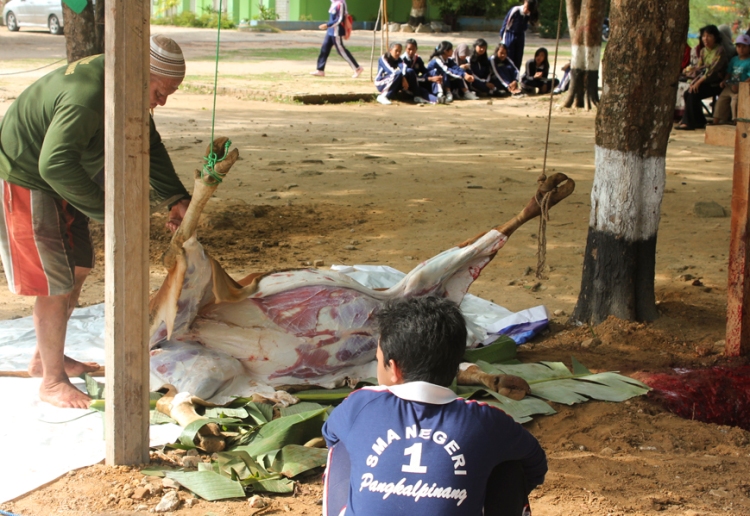 “Having previously attended Idul Adha festivities in Egypt, I was amazed by the cleanliness and efficiency of my school’s ceremony. The banana leaves kept the meat from the dirt and the blood contained. The butcher was specially designated by the city to carry out the ceremony and the Islamic student organization assisted with the other tasks. One student told me his sole responsibility was carrying the legs to the male teachers to cut down.”
– Anna DeVries | Pangkal Pinang, Bangka-Belitung

“During the whole ceremony, the microphone was passed between teachers and students so that the Takbir was always echoing in the background.”
– Anna DeVries | Pangkal Pinang, Bangka-Belitung

“I thought I would feel sickened. It’s been seven years since I’ve touched a piece of meat. But I just looked on, amazed at the stuff inside a cow’s body. Slaughtering two cows and 80 goats for 23,000 students is a bloody ritual, but it’s cool to watch.”
– Robert Webber | Bogor, West Java 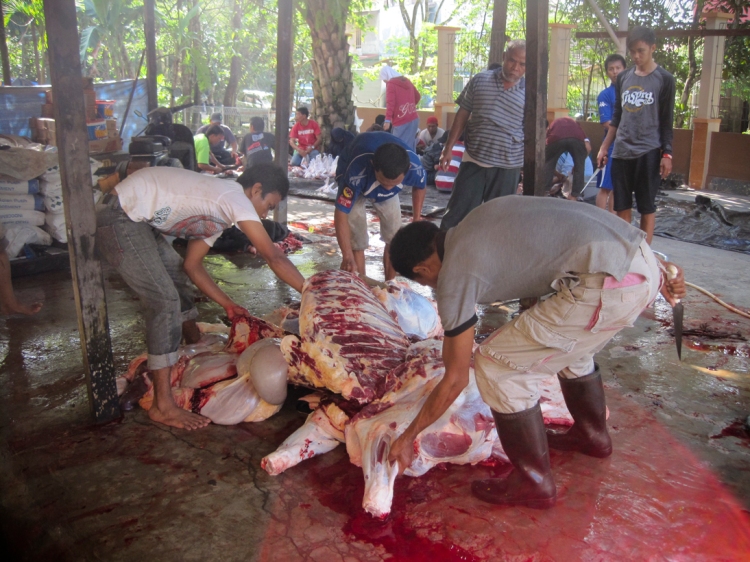 “Idul Adha marked my first time seeing an animal slaughtered. The prayer that was sung during the slaughter is what I remember the most because it blocked out the sounds of the slaughter and replaced my awareness of the animal’s death with something more peaceful.”
– Shaylen Foley | Balikpapan, East Kalimantan 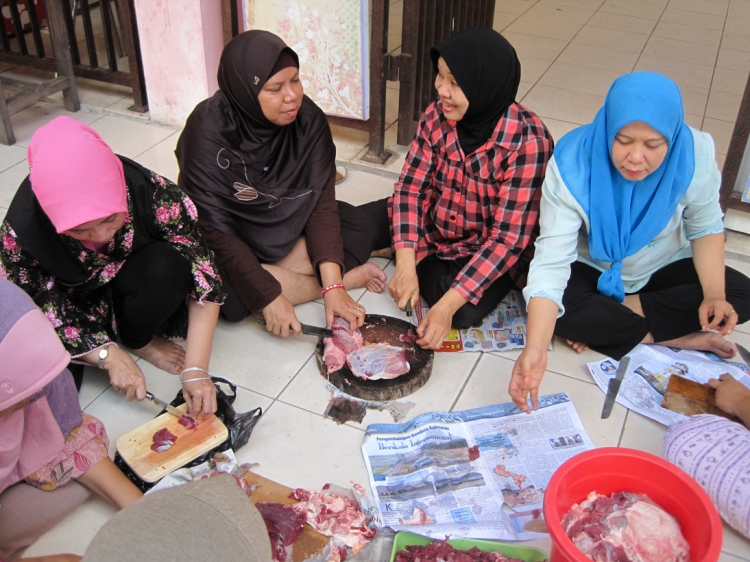 “While the men present spearheaded the sacrifice and butchering of the cows, the women cooked the lunch we enjoyed later.”
– Shaylen Foley (and Lauren Jacobson) | Balikpapan, East Kalimantan

“By the end of the ceremony, the school had prepared over 250 bags of beef to donate to the poor.”
– Lauren Jacobson (and Shaylen Foley) | Balikpapan, East Kalimantan

To learn more about Indonesia’s celebration of Idul Adha, read Kelsey Figone’s account of her experience during her East Java school’s slaughter here.

3 thoughts on “Photos of Idul Adha from around Indonesia”