The 9th annual Java Jazz Festival arrived in Jakarta this past weekend, a three-day international brass binge that organizers say drew more than 100,000 visitors. While Joss Stone, Basia, Craig David and a past-her-prime Lisa Stansfield headlined the music holiday, many lesser-known artists kept concertgoers entertained with a variety of international and Indonesian performances both large and intimate. Some acts, like New Orleans-based The Soul Rebels, stayed true to jazz’s soulful roots, while others fused the genre with traditional Indonesian influences and/or contemporary pop elements. 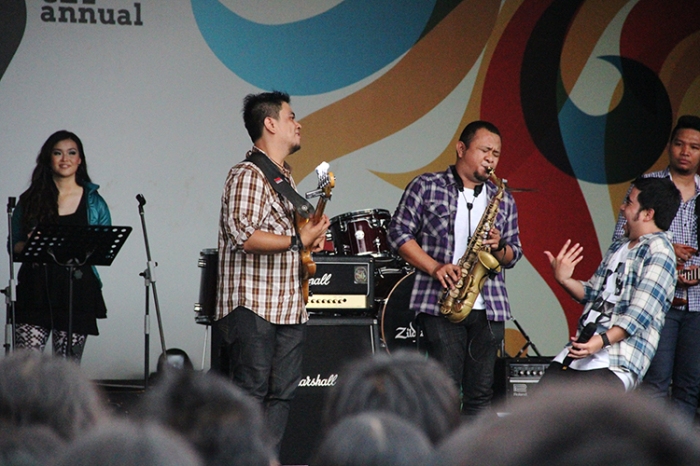 Abdul, far right, of Jakarta-based Abdul and The Coffee Theory, encourages a saxophonist to continue his solo act at the closing of an outdoors show Sunday afternoon. 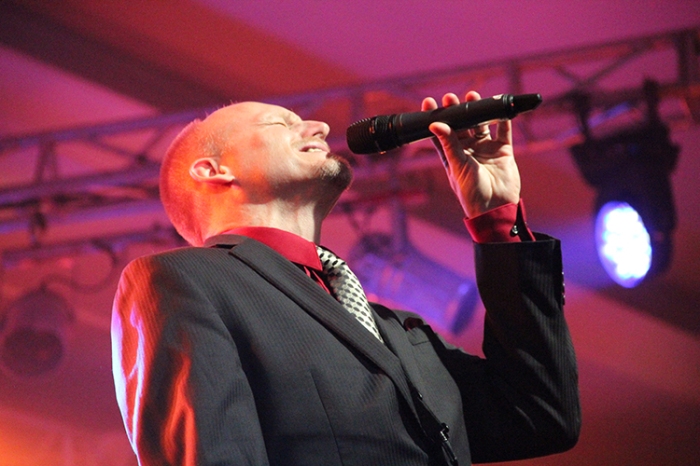 Darmon Meader of the Grammy-winning New York Voices holds a note during a late-night Saturday showing at Java Jazz Festival.

A sultry Aimee Saras wowed audiences at the festival with her voice and labile moves while performing covers of popular songs like “Sweet Charity” and “You Give Me Fever.”

About the author: Dustin Volz is a Fulbright English Teaching Assistant based in Palembang, South Sumatra. He is editor in chief of Indonesiaful and a publisher of Downtown Devil, a hyper-local news publication covering the downtown Phoenix community. Volz graduated from Arizona State University in 2012 with bachelor’s degrees in journalism and history and a master’s degree in mass communication. Contact him at dnvolz@gmail.com.