On March 12 Indonesia celebrated Hari Raya Nyepi — the Balinese “Day of Silence” — a national public holiday. My campus was completely empty because of the occasion, save for the friendly security guard keeping post at the school’s front gate. To pass the time, I hired an ojek — a motorcycle taxi — for the day to take me around Palembang with the stated goal of capturing everyday life in the dense, sprawling city.

Previously: A day in the life of Palembang: Musi River

After safe  passage down the Musi River, my new friends and I disembarked at Kemaro Island ready to explore the Chinese-Buddhist island for the first time. Though Chinese New Year had passed already, many visitors dotted the island, taking photos in front of the various small temples or stopping to enjoy a young coconut near the riverbank. 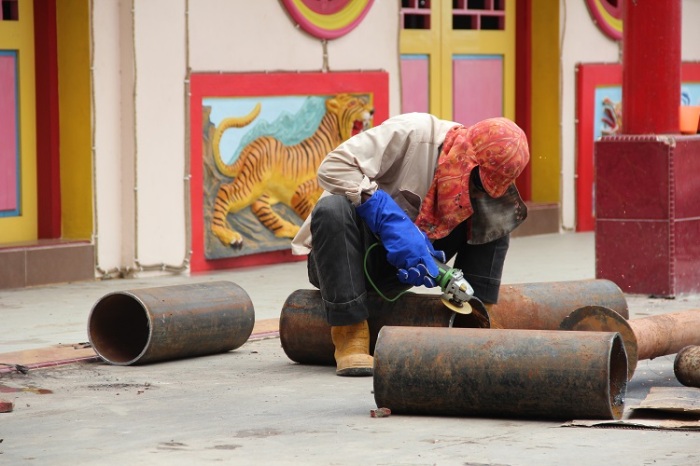 A man shaves metal pipes in front of one of Kemaro’s structures as part of a reconstruction effort on the island. 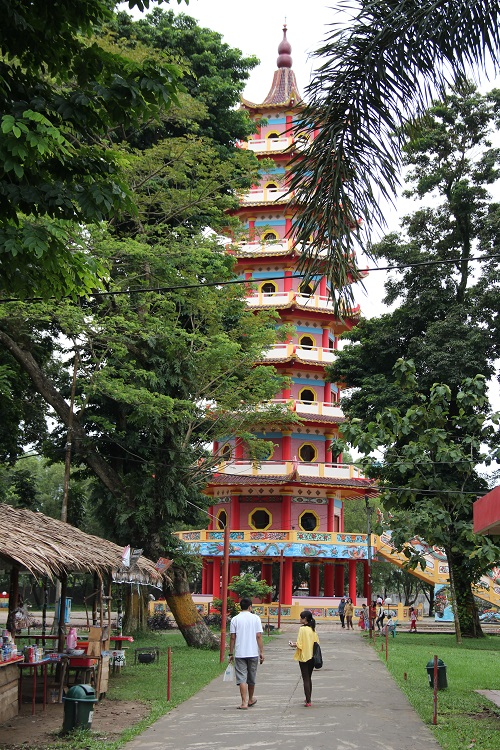 A 9-story Chinese pagoda, newly erected in 2006, sits in the middle of Kemaro Island and serves as a main attraction for tourists, locals and Buddhist pilgrims alike. 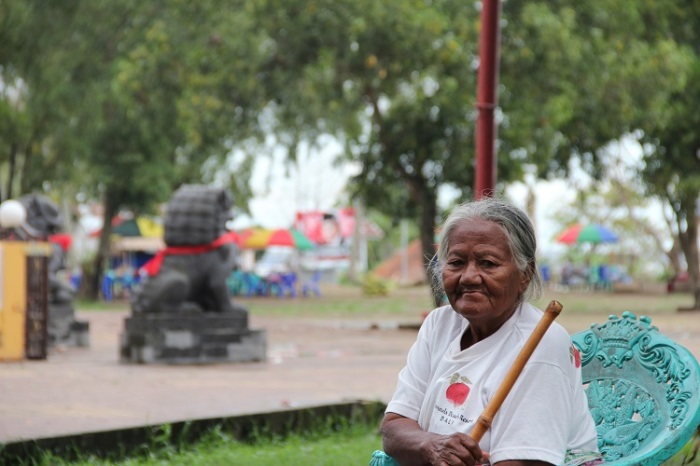 A woman sits along the lone path leading from Kemaro Island’s dock to its main temple, silently reaching her hand out for small money donations as visitors pass by. 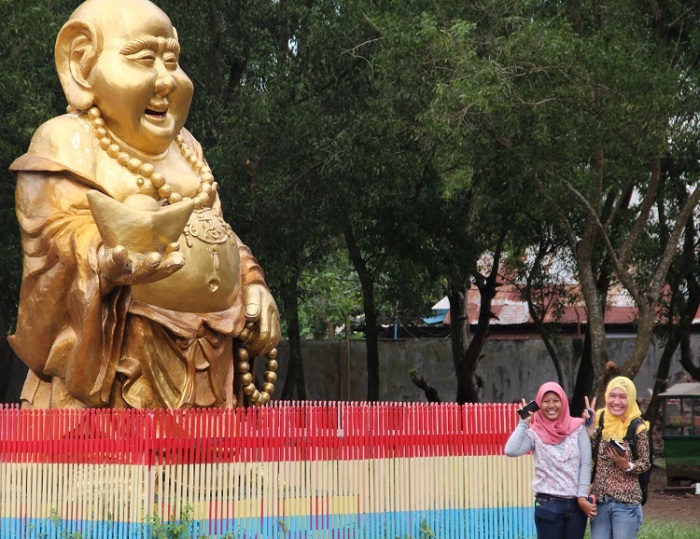 Two Muslim women pose for the camera in front of a Buddhist statue on Palembang’s Kemaro Island during Hari Raya Nyepi, a Balinese-Hindu national holiday in Indonesia. 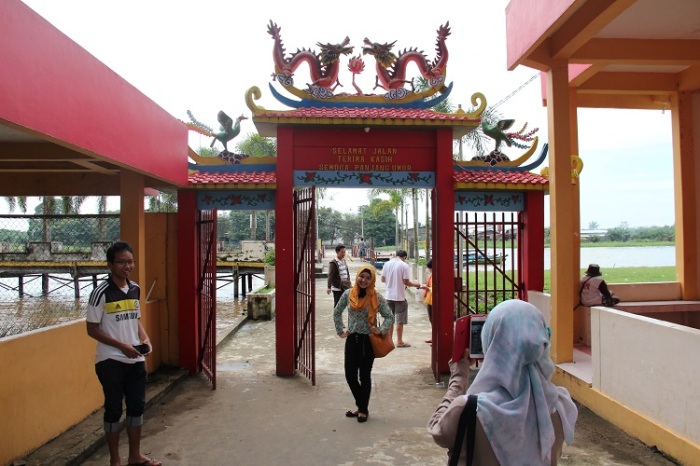 Before leaving Kemaro Island, my new friends stop for obligatory photos at the island’s main entrance.

About the author: Dustin Volz is a Fulbright English Teaching Assistant based in Palembang, South Sumatra. He is editor in chief of Indonesiaful and a publisher of Downtown Devil, a hyper-local news publication covering the downtown Phoenix community. Volz graduated from Arizona State University in 2012 with bachelor’s degrees in journalism and history and a master’s degree in mass communication. Contact him at dnvolz@gmail.com.

2 thoughts on “A day in the life of Palembang: Kemaro Island”