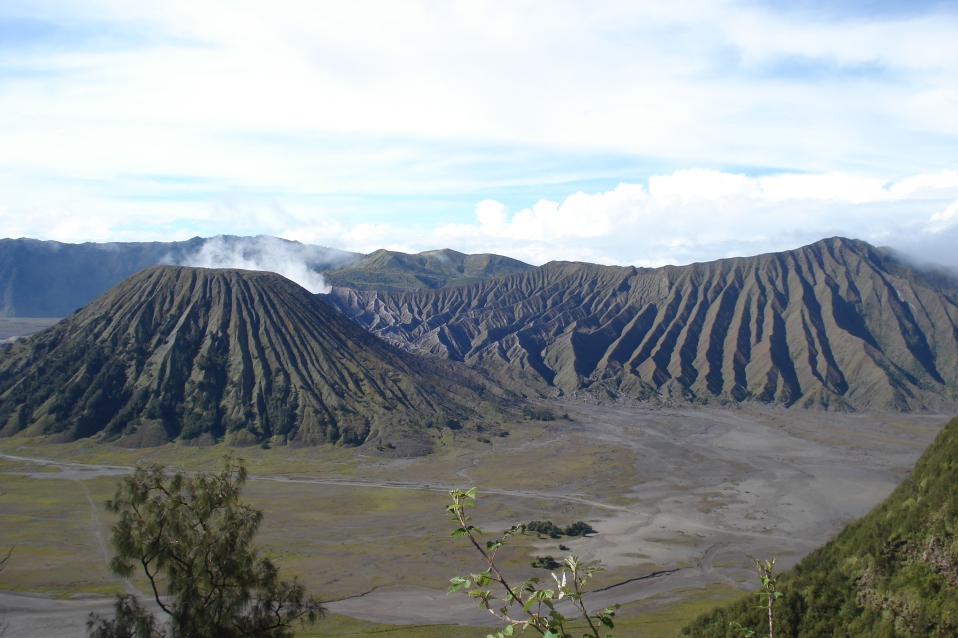 THIRD PLACE! This photo was taken during a trip to the top of nearby “Gunung Lakaan.” So often, my personal and emotional journey in Indonesia feels like a mountain–sometimes I find myself at the bottom, staring at the challenges ahead of me, and feeling that Indonesia is a daunting series of uphill battles. But then, after days or weeks or sometimes months of small, tired, steps, I look around and find myself on top of the world, head and heart in the clouds -By Katy Rennenkampf placed in Atambua, East Nusa Tenggara. 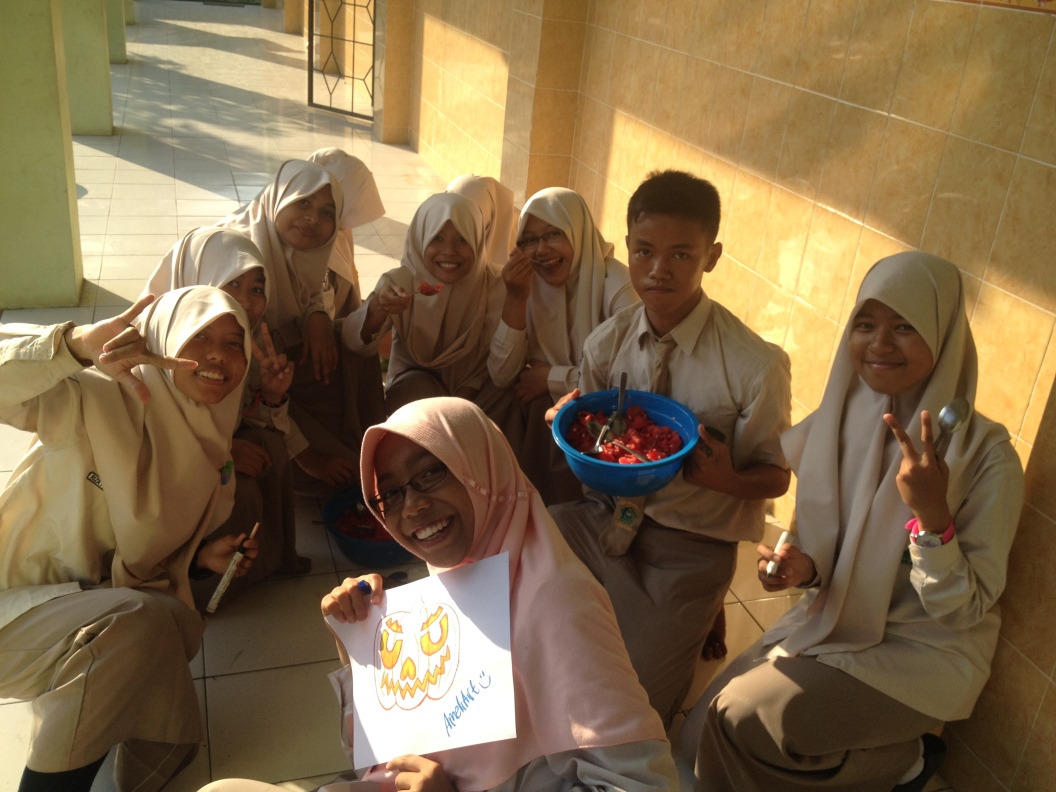 Young men squat together on a beach in Bali. – By Emily Masters placed in Palangkaraya, Central Kalimantan 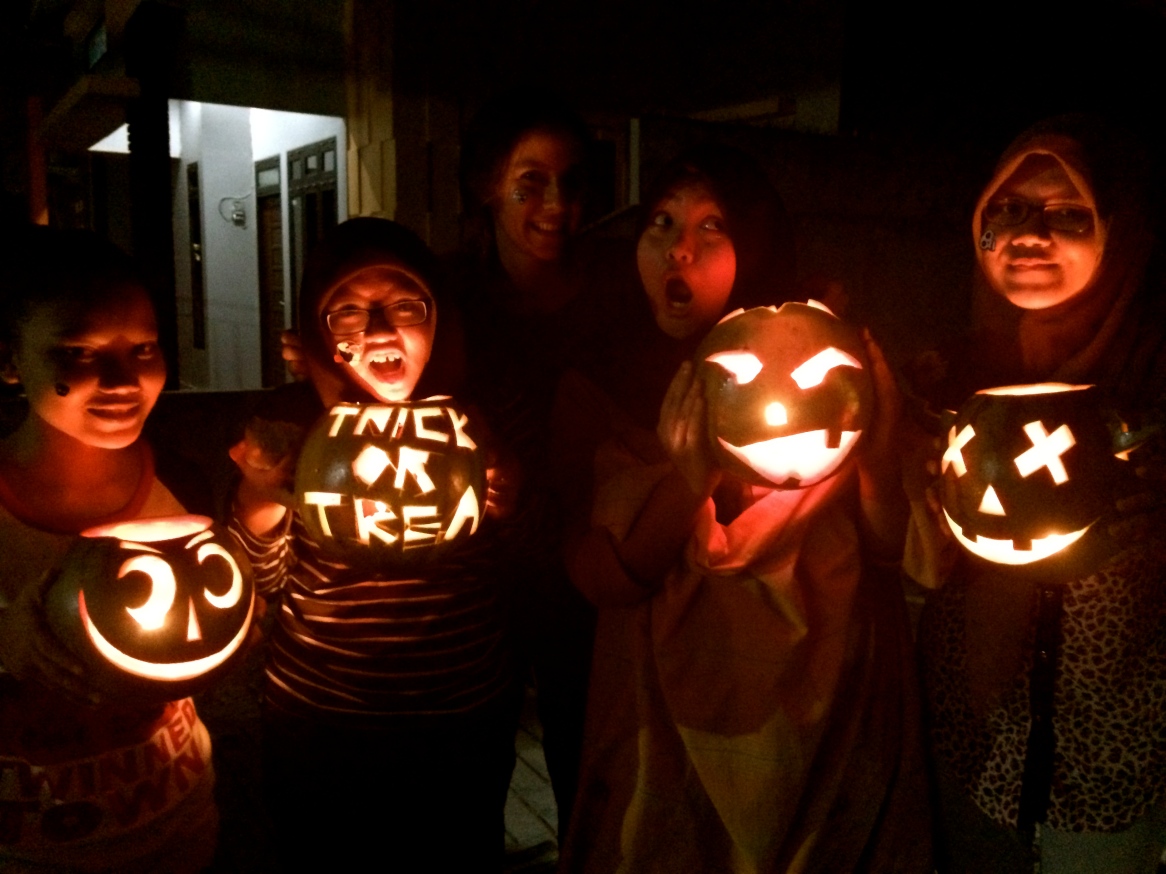 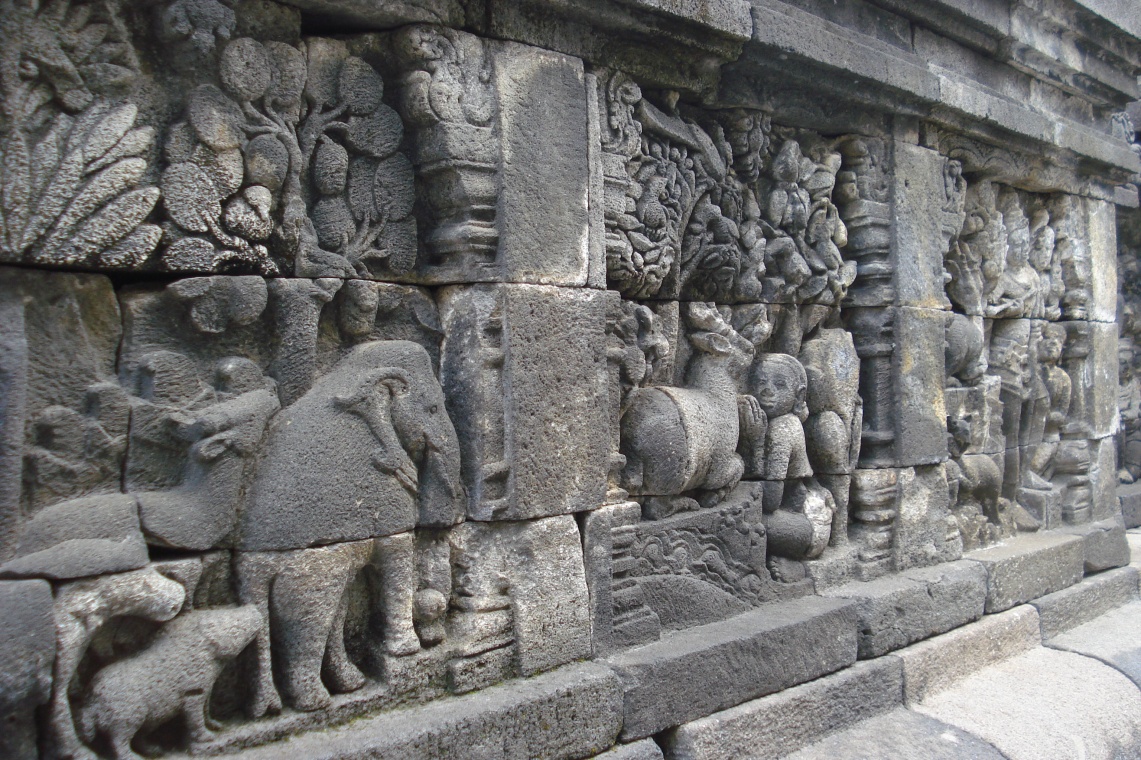 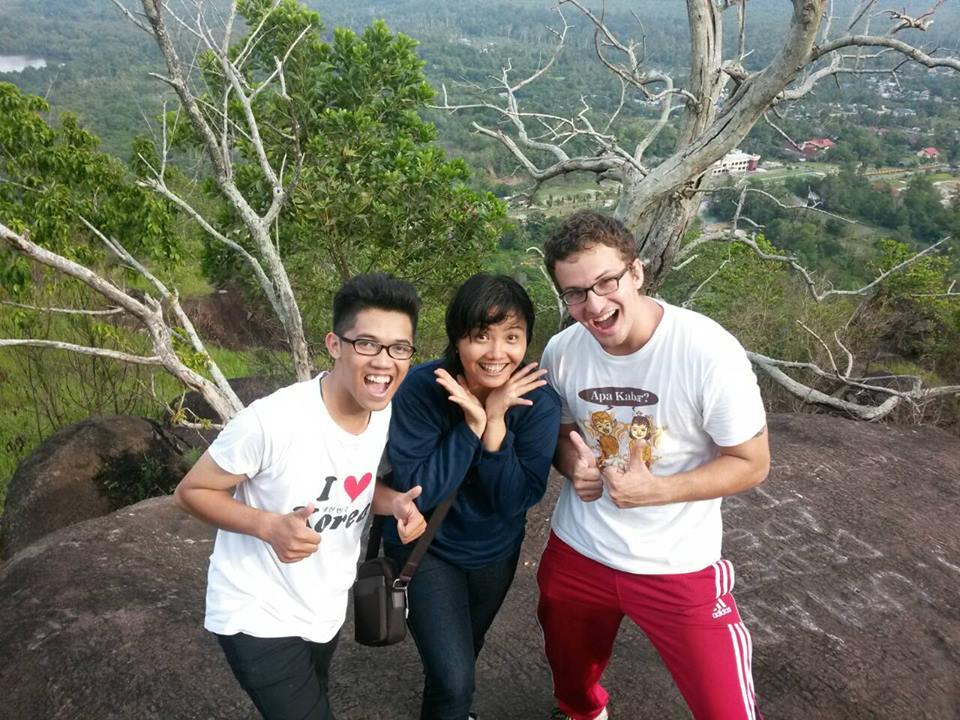 Communion: This photo was taken at a party celebrating Elsi’s first communion; she stands here with her grandfather. This photo captures so many threads that weave the cloth of Atambua. Family and relationships are key to the culture and daily life in Atambua, as is the hierarchy that comes with age and experience. – By Katy Rennenkampf placed in Atambua, East Nusa Tenggara. 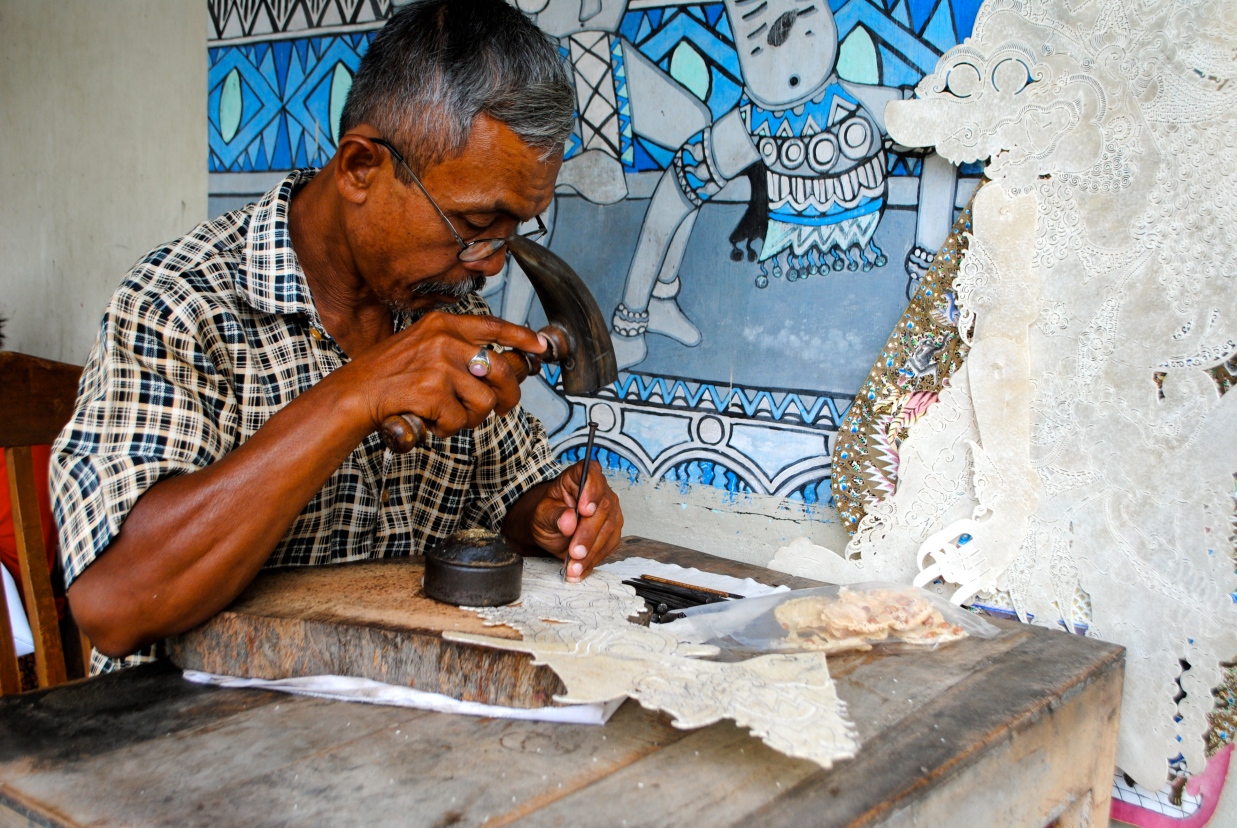 A man crafting a “wayang kulit”, an Indonesian shadow puppet – By Annabelle Wilmott placed in Yogyakarta