In one month’s time, I have had the ability to superficially analyze the Indonesian society based on my American experiences, given that I have not acculturated to the cultural context. In this situation I have seen very stark differences in the economic landscape that are important to understand in the context of a developing nation. I have decided to summarize what I have seen so far as a record and learning opportunity for everyone back at home.

Location is an important caveat to discuss as I am in a small town (~80,000 people) in East Java. Java is the most densely populated island, although East Java is more sparsely populated than West Java. Every day, I have ridden my bike to the Senior High School that I teach at, which is roughly a 15 minute ride. In that 15 minutes, however, I find myself choking on exhaust fumes and have recently taken to wearing a surgical mask whenever riding motorcycles or my bicycle.

This is one of the first thing one notices upon arriving in Indonesia. Seeing the clear sun is a rare sight in Jakarta and other metropolitan areas of Indonesia. The smog can be very dense and makes a clear sky seem like a cloudy day. You can also feel a sharp difference in the air quality; anyone living in Indonesia can vouch for the labored breathing you experience when attempting to exercise outside or indoors. The environmental standards in Indonesia are lacking in regards to air quality and in Jakarta the level of carcinogens in the air extends three times higher than the recommended “safe” level issued by the World Health Organization (WHO). It is estimated that in Jakarta Proper, 70% of the air pollution stems from vehicles, which form gridlocked traffic jams throughout all working hours of the day. This is also seen through Indonesians giving two different versions of the estimated time to get somewhere, one for car and one for motorcycles, which can zip through tight traffic jams while the former must wait longer.

Besides air pollution, there is a host of issues plaguing the country’s environmental status, ranging from governmental corruption to the presence of illegal natural resource consumption (mining, forest burning, etc.) However, these are all issues that have been discussed in depth publicly so I have decided to consider these issues the context of the average Indonesian and their willingness to participate in an economy that is in its current form inextricably tied to environmentally harmful industries.

In my time here, I have noticed a few important small-scale trends that I believe sustain the Indonesian economy at-large. In the desa (rural towns), the variety of small-scale transactions leads me to view the system as a “convenience economy”’. Many people will take on a variety of odd jobs to make enough money to eat for the week and much of these jobs will be sporadic and completely determined by the presence of an economic opportunity. One example of this is the already established ojek/becak(motorcycle/moto-carriage) rideshare, which can be seen on corners of urban areas, with older men beckoning pedestrians to drive them to their destination. This is also seen on a more informal level, with your neighbor offering to take you to the market on his motorcycle for a certain amount of money even if that is not his primary source of income.

In a developing country such as Indonesia, you can see clear and simplified examples of market niches and the ways they are filled. Two examples of market creation are the presence of warungs (small restaurants/shops) and parking attendants. A mother can retrofit the side of her house to host hungry passerbys and can now make a steady income. A young man can stake his claim at a certain corner of a busy area and charge 2,000 rp. (roughly $0.14) for parking patrons’ motorcycles and now he can earn a living. Something as simple as directing traffic at busy intersections (where traffic signals are few and rarely yielded to) can earn a man enough to eat for him and his family. And most of this economic activity, I should add, occurs in the informal sector, with valiant consumer participation.

These kinds of jobs are universally convenient in most cities, but there are also economic activities that result from the presence of a unique resource. In my town, that’s sugar cane. Tepu Merah (Red Sugar Cane) is abundant and on any given day, you can see an entourage of bright yellow trucks, filled to the brim with stacked cane cuttings being hauled to the nearby cane factory. Fun fact: the smell of cane burning smells remarkably like cooked corn. And here in lies one of the largest issues facing Indonesia: the abundance of profitable natural resources.

Just like mining in the US in the early 1900’s, depending on the region in Indonesia there is at least one industry that supports the community and that most likely doesn’t involve sustainable harvesting. However, the issue is that communities take one day at a time, so when little infrastructure/resources exist to make an industry process more efficient, there is little galvanizing eco-friendly strategies. As a community member, the last thought you have when accepting a job is whether or not the work will be fair to the environment. In a convenience-economy, money circulates fast and little at a time, and the opportunity always takes precedence. This concept is further complicated in situations like the agricultural industry, which was highly mechanized in the early years by Suharto, which resulted in a contemporary prevalent use of pesticides and soil damaging operations from chronic monoculturation.

In these scenario, it is difficult to implement a country-wide focus on reduction of fossil fuel use. However, one of the biggest tools for changing the economic make-up has been exemplified by the city of Malang. Here, Kampung Warna-Warni (Colorful Village) is a section of the city near the intercity rail station that 10 years ago was mostly a collection of slums where pickpocketers would reside. However, one day, someone decided to paint all of the houses in a variety of bright colors to attract attention and soon word spread, resulting in a new flow of tourists creeping into Malang to experience the colorful village. Now, jobs exist in cooking, cleaning, managing the entry of this village. A poor, underutilized neighborhood was suddenly transformed into a vibrant, job-creating tour destination.

Herein lies the crux of this story. When dealing with a developing community where convenience mentality fuels many of the micro-transactions, it’s important to provide alternatives to these destructive, yet community-fueling industries. Economists around the world are beginning to think about what ways to reward non-destructive economic behavior and provide a real opportunity for communities to reap benefits in ways they would not, competing in the traditional extractive industries. Indonesia is, I think, I wonderful launching pad for the variety of theories that are developed to further transition the global economy into a system based on renewable resources.

These are some working ideas that I have developed in the two months I have lived here, in the prime period of my stay where much of these economic occasions are still very new. I look forward to sharing more about these themes as I continue to further discover life in Indonesia and the interplay between upwards mobility and extractive industries. 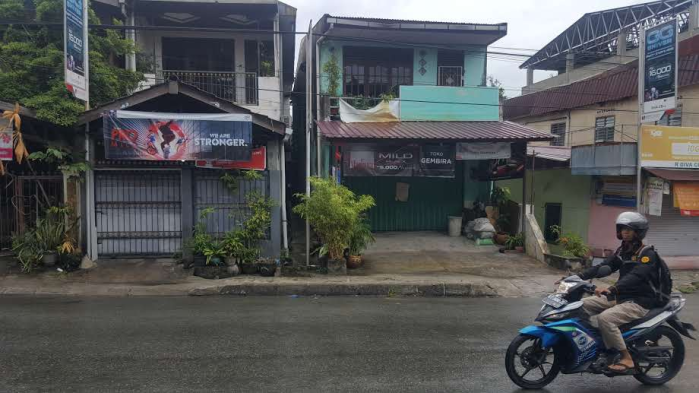